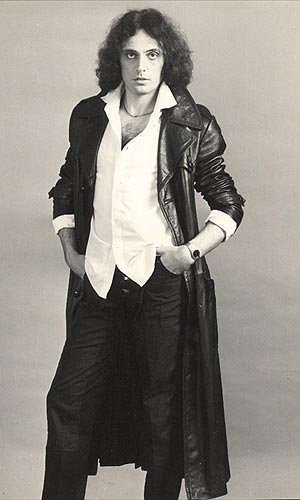 Svika Pick, renowned song writer and performer. is one of the greatest and most glamorous names in the world of music – a living legend.

Over a career spanning many years, Svika Pick has won countless industry awards for his work as a composer, songwriter and performing artist.

His shows inspire new levels of excitment and hysteria among audiences the world over and biographies written about his fascinsting life.

Svika Pick was discovered as a superstar when he was chosen to act as ‘Cloude’ in the Israeli version of the famous musical ‘Hair’.

His unusual look and voice amazed the press and the audiences, and he recived the ‘best actor’ award.

In addition to releasing tens of his own albums, achieving record breaking success, Svika Pick in widely sought after for his unique and original musical talent.

Famous artists across the globe have been captured with his song ‘DIVA’, which was no.1 on MTV  and a smashing success througout the world.

Together with ABBA’s ‘Waterloo’, ‘DIVA’ was chosen as one of the best Eurovisions songs of all time (5o years of Eurovision).

Sviks Pick has written masses of songs and music for movies and TV.

He stars in his own reality TV show, ‘The Maestro’ and is the respected head judge in the local version of American Idol.

‘Mary-Lou’, a musical based on Svikas Pick’s song was put on by the national Theater and was an instant hit – a complete sellout with well over 500 performances, and over half a million viewers to date.

Svika Pick’s success is his genius for writing memorable music and melodies.

This gift accounts for his incredible popularity with people of all ages and every background – his music touches the soul of who listens.